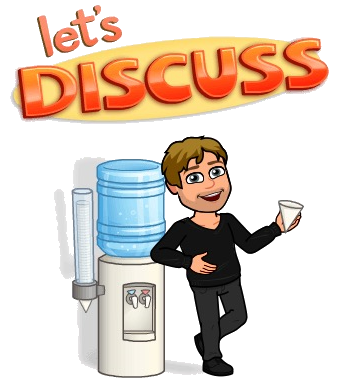 How can I protect my idea?

I have an idea for my startup, and I've been in stealth mode so far, but I know I'll eventually need to share it with people: what can I do to protect the idea, I'm thinking NDA's, patents, trademarks, what do you recommend?

I can't believe that people are still hung up on the fear of having their idea stolen.

I remember writing about this back in 2007 and back then I felt I was already beating a tired old horse that everyone in the world had already put out to pasture.

But people still keep having this same crazy unfounded fear, and even spending money and hiring lawyers in an effort to overcome it...

NO ONE IS GOING TO STEAL YOUR BRILLIANT IDEA.

"Don't worry about people stealing an idea. If it's original, you will have to ram it down their throats."

How much time and effort and motivation is destroyed by this debilitating fear. How much money is spent on lawyers? How many months wasted on patents?

There's so many thinking errors that lead to a fear of people stealing your idea.

Firstly, we over-value our own idea. (In the past I've signed an NDA for an idea which was literally, wait for it... post it notes! But implemented in software. Seriously?)

Second, we under-estimate the effort required to bring the idea into the world.

Third, we under-estimate the size of the idea-generation machine that is humanity. Your idea has already been thought, many, many times. People have thought it in passing, they have thought it in depth, they have researched it, built it, seen their business collapse, and moved on. It's been thought so many times, in so many different ways, your hair would fall out if you even realised for a moment how common your idea is.

Fourth, we under-estimate the dismissiveness with which others will treat our idea. Having heard the idea, other people, rather than racing off and "stealing it" will be very unlikely to even "think" the idea through! Transmitting an idea, in suitable high definition, is extremely hard.

I don't know if you've seen the film "The Hudsucker Proxy" but spoiler warning one of the themes is that a character carried his "brilliant idea" around in his pocket, and sometimes, with great reluctance and excitement, he would show his idea to other people.

It was a piece of paper with a circle on it.

When other people saw it, he expected their reaction to be amazement and wonder: the same feelings he felt when he looked upon this brilliant and world-changing invention.

All they saw was a ratty old piece of paper, with a circle on it.

When they looked unimpressed, he would add this hopeful explanation. "You know, for kids!"

The viewer would remain unimpressed, and look at him as a forlorn, hopeless fool.

What the circle represented was his invention that truly did go on to change the world, and make millions of kids happy. It was his design for what would become known as the "hula hoop".

When he saw the piece of paper he saw all the fun and joy it could bring the world, and he assumed that this internal representation, inside his own mind, would somehow be magically conveyed to others. There is a deep psychological truth in this notion, that we believe other people can see the rich inner state of our mind.

But, as happened in the film, translating a brilliant idea into something the rest of the world can "see" requires more than a line drawing: it requires a hell of a lot of "Hustle".

Without hustle, the best idea will languish.

By hustle I mean furious activity, hard work, with the purpose of demonstrating, explaining, educating, introducing, doing all of the things that take the internal joy of your idea and make it real for others.

Hustle is one of the major topics covered in the second half of my book. It's not something that comes naturally to "thinkers", introverts, the sort of people who are likely to have the great ideas in the first place. It's a skill though, that can be learned like any other.

So I walk you through some simple steps you can take, some easy processes and some automated techniques that can turn you into a master of the hustle.

My book "Choose Your First Product" is available now.

It gives you 4 easy steps to find and validate a humble product idea.